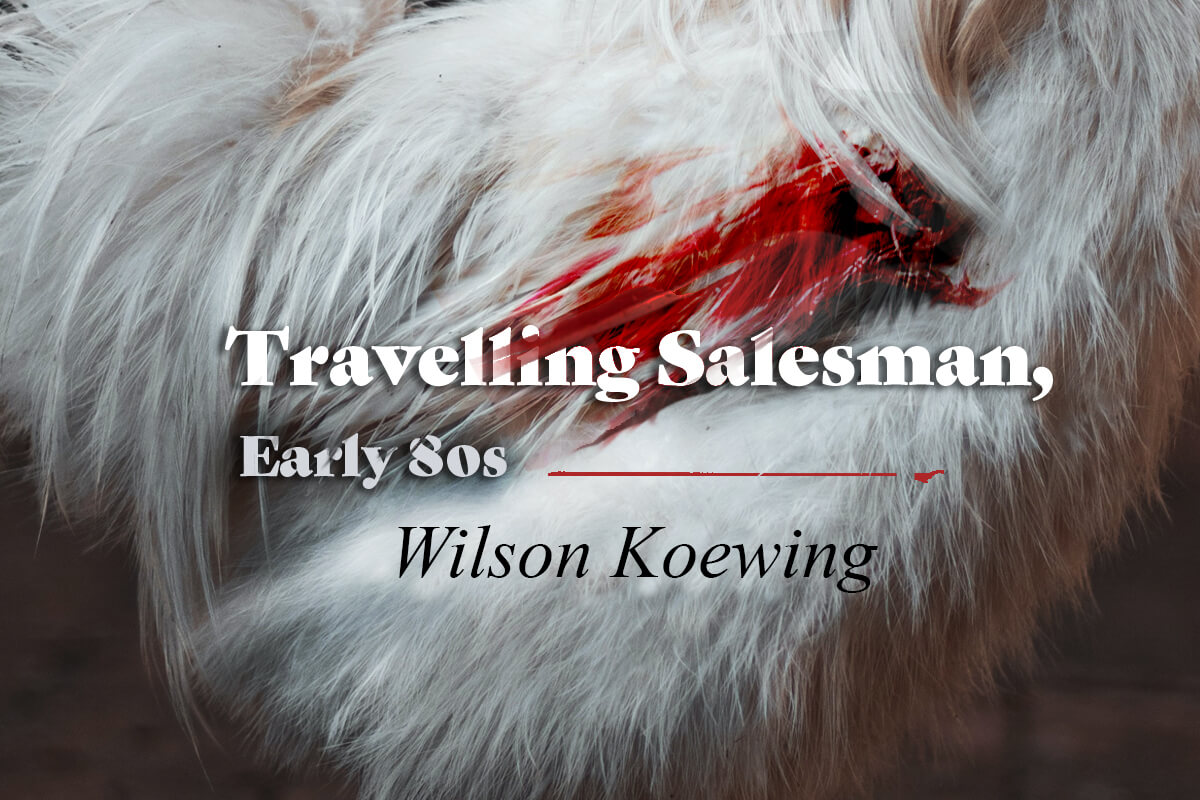 My job entailed selling instructional videotapes that taught industrial workers how to perform menial tasks with basic machinery. A universal concept. The ingenious idea to sell them in developing countries was the brainchild of my mentor Jerry Lane.

“Me, idea-man; you, sales-man,” he’d repeat handing me plane tickets.

I flew all over the globe: Philippines, South Africa, Nigeria. I kept a bag packed. My wife hated it, but the kids were too young to care. It didn’t matter. Business was booming and money poured in. I bought new suits at airports and left them in hotels when I flew away again.

In Manila, I hailed a cab outside the airport. Before I could close the door, two men jumped in with me on either side.

“How do you want this to go?” the one on the right said.

The other produced a knife.

On instinct, I elbowed the one on the right and knocked him out. The other thrust a knife. I grabbed his hand, the blade inches from my eye. We struggled. I managed to force the knife into his throat. Blood gushed unceremoniously. There’s nothing interesting about killing a man.

I pushed both out of the cab and closed the door.

The driver said, “Where to?”

I stalked across the luxurious lobby of my hotel. The man at the check-in counter made little to-do over my blood-covered clothes, which I appreciated.

Before bed, I practised my sale’s pitch in the mirror over the bathroom sink. It was strong and I felt good about making the sale. I attempted to shave, but my hand shook from adrenaline, so I decided to wait until morning.

Unable to sleep, I sat on the balcony and opened the newspaper I purchased in Los Angeles before the flight over the Pacific. The wind whipped circular off the bay. I read an article about Reagan. There were warnings of a typhoon. A quote from the article stuck with me: “To sit back hoping that someday, someway, someone will make things right is to go on feeding the crocodile, hoping he will eat you last, but eat you he will.”

Two days later, in Johannesburg, I closed in a hotel Penthouse. The Black businessman—who headed a massive diversified mining and metals operation—handed me a champagne flute and we shook hands.

Far below, tiny fires spread through the streets.

“You are lucky you are not South African,” he said. “People here can tell.”

He had a deep-bellied laugh. We clinked glasses. I wasn’t sure what he meant.

A car stopped in front of me outside the hotel and I got inside. As the car drove away, I watched two men restrain a member of the white minority while another filled a tire with t-shirts he soaked in gasoline. The man writhed and fell to his knees trying to escape, but there was nowhere to go. They pulled the tire over his shoulders, tossed a match and watched him run away engulfed in flames.

After closing the biggest sale of my life with a Nigerian rubber baron, I rode away from downtown Benin City in a long car a man at the hotel promised would “take me to nightlife.” As we rose over a knoll, a furry-topped building appeared on the edge of the Benin River. Naked women wandered around outside.

Before entering, I passed a man selling live chickens from cages above a steep embankment that fell to the river’s banks and opened to a beach full of crocodiles. The man handed me a chicken with legs wrapped in metal wire. Holding it, I felt a rhythmic hum against restraint. It flapped its wings. The man led me to the edge. The crocodiles crawled forward.

I dropped the chicken. It fought against the ties that bound it but never had any hope. I imagined it would land directly in the mouth of a crocodile, but it didn’t. It thudded against the sand, bounced and left an imprint. Two crocodiles pounced and ripped it apart. Most of what it was disappeared in their jowls, but a few feathers fluttered in the air and a thick pool of blood briefly reddened the sand before absorbing into nothing.

When I returned to our mountain home in Monteagle, Tennessee, the children rushed to greet me. Three beautiful red-haired girls: one five, one three, one-two. Annie, my wife, who the girls favoured. A roaring fire. Our hound Odie wandered over floppy ears. The girls leapt on the couch as I sank into my armchair. Outside, an afternoon shower trickled through the tree canopy onto the moss-covered ground that surrounded the house.

“Daddy,” the oldest, Claire said. “Tell us about your trip.”

They sat in a line watching me, hands under chins. Odie fell face on paws by the fire. Annie handed me a rock’s glass of Tennessee whiskey. We kissed and the girls turned up their noses.

I took a sip and made up a lie.

Wilson Koewing is a writer from South Carolina, USA. His work has recently appeared in New World Writing, Ghost Parachute, The Hunger Journal, Menacing Hedge and The Fiction Pool.