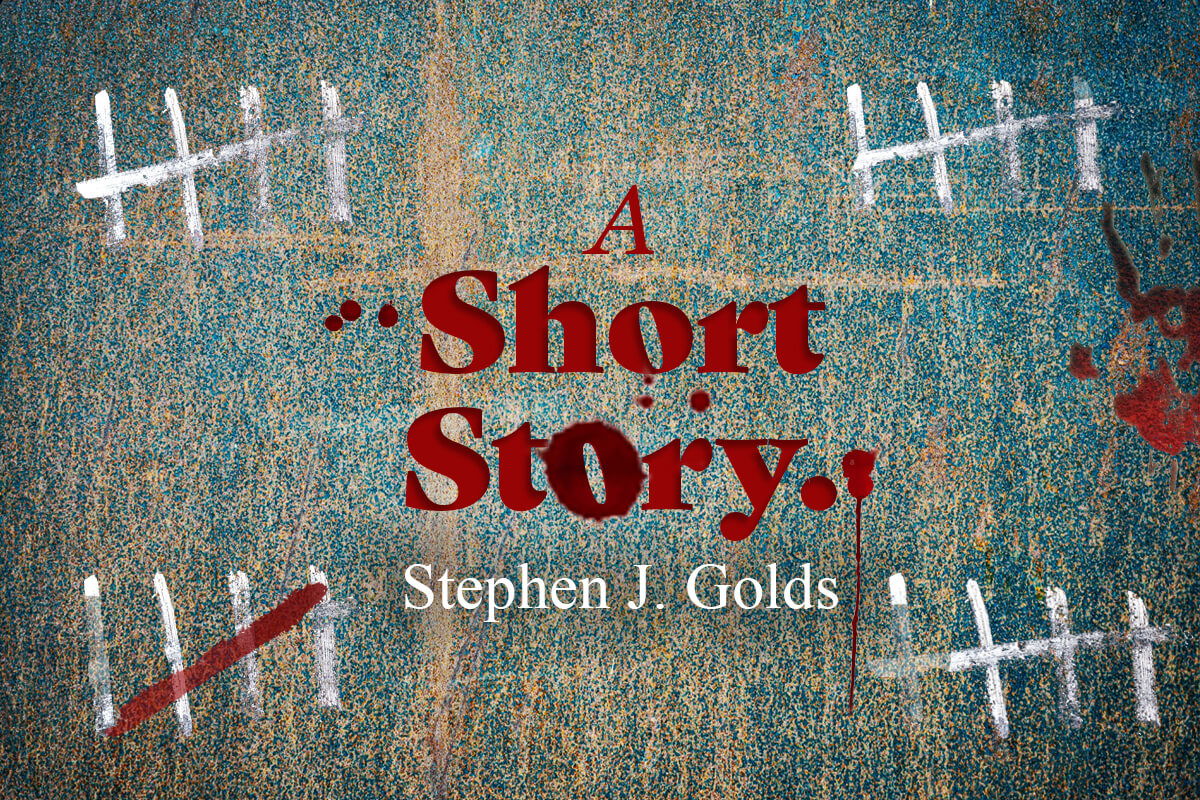 This isn’t a short story. It’s a confession. You’ll read it and think ‘wow, what a dark piece of fiction. Fucked up. But good, dark prose.’ Haha!

I smile knowing that I’m showing you my real self and you’ll not even really know it. Some of you will read this and then continue your day as usual. How deliciously stupid you are. Usually the ones I allow to glimpse the real me, they see me and then they see nothing.

The main point I’d like to make is the fact I’ve killed nineteen people. Nineteen. It’s a tally that I am proud of. Took a lot of time. A lot of effort. Not a lot of people can do what I do. And do it so well.

I’m what your media calls ‘a serial killer’. You believe that we are a rarity. A freak of nature that appears once every blue moon and then gets caught by some ingenious police detective. The stuff of horror movies or poorly scripted television drama. That’s complete bullshit. The thing is we are everywhere. We are a minority, sure, but there are much more of us than you are led to believe. Where do you think all the missing people go? I’ll give you a hint, they aren’t missing. They just haven’t been dug up yet. We only get caught if we are stupid or gluttonous. Ted Bundy? What a joke. Do you think the police or the media would come out and say the honest truth? That serial killers are everywhere and only 1% of us ever get caught? Of course not. The farmer doesn’t want the sheep to get all scatterbrained and jumpy. That’s what you are, sheep. Mindless. Keep consuming. Keep working. Keep telling yourself everything is going to be okay. Could you imagine if they told you? There would be panic, outrage, fear. Haha. We hide and they let us hide. Like mother and father. They knew what I was when I was five years old, pouring a can of gasoline into the fishpond. Watching the idiot fish gulping at the murky surface like it was fire. Or the time I cut the paws of my grandmother’s pet terrier with razorblades because I enjoyed watching the little thing hobble around. I am the thing that no one wishes to speak of. As a teenager, all of that blood on my clothes and mother very much wanted to believe it was a street fight. Needed to believe it was a street fight. They taught me young. My parents. This was unacceptable. That was bad. This is when you’re supposed to smile. That is when you’re supposed to cry. You’ll get in trouble for this. People will hate you and fear you if you do this. It was difficult to get the emotions correct at first. I laughed or cried at the wrong times. Inappropriate times. It was complicated to gauge how much of a certain emotion I was to fake and when. My father tried to beat it out of me. He didn’t know what it was he was attempting to flog out of me but he tried. High school was the best acting studio. I observed the people there. Imitated them and their emotions. Their facial ticks. They taught me to hide in plain sight. Education. Knowledge is power.

Most of us have learnt over a lifetime of trial and error to be careful. Act the part. Be smart. Hunting wouldn’t be any fun if the deer could easily see you. Camouflage, it’s vital. Have you ever seen a snow leopard in the wild? Not many people have. Do you know why? It’s not because they aren’t there. It’s because they don’t want you to see them. Obviously. We are like that. Snow leopards. I practice my smile in the mirror every morning. Have a solid handshake. Look you in the eye for that special amount of time that is deemed comfortable. I wear nice clothes but nothing too flashy or memorable. Just nice enough to make that all-important good first impression. I’m an actor and every day is a movie set. You’re in my horror movie and I am the director, the main star and the writer. I deserve an Oscar. Truly.

I enjoy what I do. It’s my life. It’s who I am. Survival means continuation and continuation comes from moderation and planning. I’ve never killed in the same area more than once. Choose all my victims at random. Nothing ever links me to the dead. The homeless man. The woman in the parking lot. The fry cook having a cigarette break in the alleyway behind his restaurant. The lovers in the parked car. I satisfy myself quickly and then leave. Collect and go. I once drove two states over just to stab a man walking his dog in the throat and then drove home listening to the radio on low. If I could be sentimental, I wouldn’t be sentimental. Don’t collect trophies and don’t leave a signature. That’s for fools who secretly want to be stopped because they’ve been made to feel like they’re broken, evil. Guilty. They are idiots. Do you feel guilty when you eat a fish? Of course not. It’s nature. I know it’s nature. Natural. I’m a member of a minority, the next step in human evolution. The top of the food chain. You don’t feel bad about that salmon you ate last week, and I don’t feel guilty about you.

It helps to be transient. Most of us are. The travelling salesman has it made. We’d all love that job. I’ve never lived in one place longer than a year. Vacations are great. I choose someone the night before my flight back home. Leave the local police scratching their heads at such a random act of violence. Smiling, satisfied as the plane takes off. Any chances of catching me dwindle with the shrinking cities and landscapes outside the airplane’s window. I’ve killed a person in every country I’ve been to. Collect them like some people collect hotel ashtrays. Great holiday! Wish You Were Here. Haha. Variation is the spice of life, isn’t it? Third world countries are hunting grounds. The same way trophy hunters take safari trips to Africa. I’ve seen others there. Walking the night streets of some faraway country. That glint of anticipation in their eyes. I’m sure they’ve seen me. We have even given each other a small nod of acknowledgement at times. A wolf passing another wolf in woodland. On the hunt.

A woman sat by a river once asked me “why?” I didn’t know what to say to her. I told her it was a good question and then I slit her throat. It’s not a hunger. Nor a thirst. It’s more like defecation. A bowel movement. Something that I need to do. I feel the urge and I make plans to do what I need to do. I can’t speak for others. The sex fiends and sadists. They’re a different breed. I’m a collector. I collect people and places and keep them within myself. A part of me always akin to the way you remember your past lovers perhaps.

People are more careful nowadays. Colder. Guarded. It makes things a little more difficult. I enjoy that, however. I’m thinking about moving onto social media or literary magazines to find new and exciting possibilities. I’m sure there’s someone out there reading this now that’ll catch my interest. Haha.

You’ll only see me for a split second and then we’ll both be gone.

You’ll be my number twenty.

Stephen J. Golds was born in London, U.K, but has lived in Japan for most of his adult life. He enjoys spending time with his daughters, reading books, travelling, boxing and listening to old Soul LPs. His books Say Goodbye When I’m Gone is due in September 2020 with Red Dog Press, and Glamour Girl Gone and Collections: Stories & Poems with Close to The Bone in 2021.

MORE BY THE AUTHOR