So, why the backwards R in the title of UNTETHEЯED?

“Я” is a letter in all the Cyrillic alphabets for Russian, Ukrainian and Belorussian languages – pronounced “ya”.

“Я” is  also an aesthetic that’s been adopted by everyone from Russian Revolutionary artists, bands like the Manic Street Preachers, by western animations and many more…[view here]

I always suspected the R was reversed by the Manic Street Preachers on their The Holy Bible album in honor of their absent brother in pain, love and writing; Richey Edwards… as much as for the visual purposes –  suggesting a revolution. 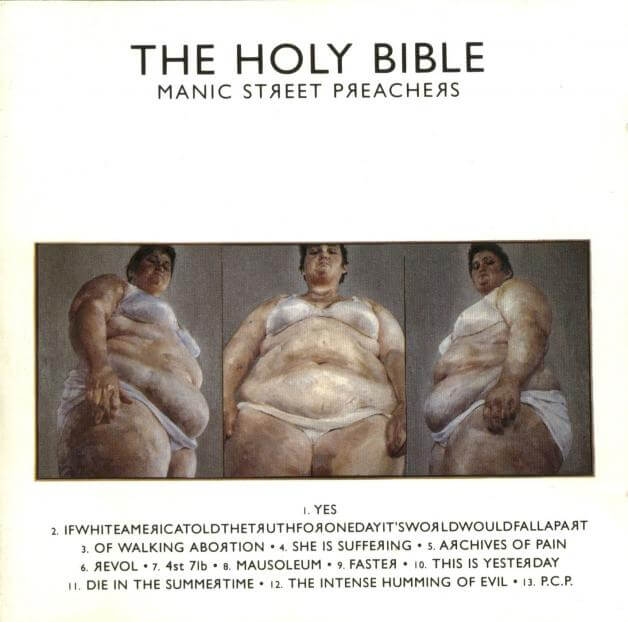 ‘UNTETEHЯED’ was initially born as a gonzo type writing project around the time of THE HOLY BIBLE being released.

I loved the album… And so, there’s a mini homage to it and a lot of the music of the time hidden in that reversed letter.

Much less obvious than the Bukowski, Paul Auster and Robert Lewis (Welsh Noir author) celebrations and namesakes in ‘Untethered’, there are lyrical clues, homages and set pieces hidden throughout the story; giving atmosphere and setting a tone. Most of all, they celebrate the bands of the time – you’d have to be a true muso with a lot of time on your hands to find these though.

Look closely and there’s also a tip of the hat to The Stone Roses , Gomez, Rage Against the Machine, Massive Attack, Happy Mondays and others that formed an unofficial soundtrack to those early years spent writing Untethered.

REASON 2: Secondly and maybe most simply of all…

The ‘Я‘ in the title is the suggestion of an unhinged mind, not quite right, mad and drunk to the core. It also suggests the protagonist is going nowhere or pointing in the wrong direction generally. Or maybe his reality and direction is about to change…

During the novel, the characters may be literally, as well as mentally, tied up then released… ‘Untethered’.

This can be gleaned from the opening pages and the breakdown of the title as a whole:

1. To unfasten the tether or release from the tether.
2. To disconnect: an opinion that was untethered to reality.
3. To free from restraints: the experience untethered his imagination.

REASON 3: Lastly… and most importantly…

The backward R or “Я” means “I” or “me” in Russian. This suits, as ‘Untethered’ is largely an auto-biographical piece on identity and alternate paths walked, after facing up to moral junctions in life. It also considers the decisions made based on right and wrong felt at the time and the outcomes of this.

The protagonist’s name given to him by the witness protection programme is John Barry. His real name is actually John Black. Adding to this name-play; in turn, my name John Bowie was constantly confused with my co-worker’s, Barry John, at the time of conceiving Untethered. Hopefully this makes more sense in the context of the story than in real life (whatever that is – having blurred the lines between fact and fiction).

There are numerous questions on the use of names, identity and personal brand or reputation throughout the book – its power over an audiences perception and also its ability to tether and hold us back (e.g Bowie)

But also there’s a look to the future in the name-play.

Find out more about Untethered here on Goodreads.

Recent review here by STORGY.com and review by Publishers Weekly.