The kid was dead by the time we got to him.

I started running as soon as Mikael came into the yard and finally spat out what he was stuttering. A kid was hanging around the lake staring out across its surface. He had a rope in his hands. He was pretty sure it looked as though the kid was going to top himself, Mikael said.

We dropped our tools to the dusty concrete, sprinted out of the main gate, into the lane and towards the lake.

Running in steel-toed boots, I could hardly breathe. Black spots swarmed my vision and my lungs were ragged. I couldn’t remember the last time I’d run anywhere. It must have been years because of the arthritis in my hips, but I tried to run that afternoon. Adrenalin cut off the pain in my bones and I didn’t feel the damage that I’d done myself until I awoke hollering that night.

Mikael was right, there was a kid with a rope but the kid was dead. He was hanging from an old oak tree.

I wanted to grab Mikael and shake the shit out of him for being too fucking slow, but I didn’t. I just looked at the kid’s bulging face and said nothing. There was no use in CPR or in cutting him down. You could glimpse shards of bone bursting from the fleshy folds of his snapped neck. He was dead. I was too late. I’d been too slow.

The boy twisted round and around gently like he was slow dancing on the October air. His face was contorted with snatches of birdsong. There was a stench of shit that mingled with the scent of crisp autumn leaves and it was jarring to the senses.

I placed my hand on the kid’s sneaker. I don’t know why. Maybe to stop him swinging like that in the cool breeze or maybe because I simply didn’t know what else to do with my hands.

The birds continued to sing with the afternoon sun cutting itself through the treetops in bright streaks of gold. And, I stood there with my hand on the boy’s Nike running shoe. The rope creaked. His sneakers were very muddy and the heel was worn down. I wondered about all the places those running shoes had taken him to that had made him decide to end things at the end of a rope. The rope creaked again. The branch groaned. I moved my thumb along the fabric of the boy’s laces.

I can’t recall how many minutes passed by. I can’t remember who was there from the laboring crew. I can’t recollect much about anything, but I can remember the way the soft leather of his shoe felt there underneath my fingertips. I can’t forget his face and the way he gazed down at me with eyes that shone with a dull knowledge but knew nothing.

I have a boy of about the same age. I can’t even begin to imagine him dying that way. Alone. Isolated. Afraid. I made a promise to myself that I’d telephone him as soon as I had the chance. I just wanted to speak to him. Needed to hear the flow of the voice that would be there on the other end of the line.

A gust of wind pushed the boy out from my grip and I had to bite down on my bottom lip until my eyes watered taking the edges from everything. A watercolor painting.

I felt the strongest compulsion to tear the kid down from that tree and hold him in my arms and tell him something that would change it all. Promise something to him. Anything to change the death of a child in such a way that made me fumble at the crucifix hanging from my neck. But the boy was already gone and I couldn’t make any promises that would ever be worth a damn. So, I did nothing. I just stood there with my fingers gripping at his foot. Staring at something that seemed like a rip in nature. A fracture in reality.

One of the work crew, Mikey maybe, called the cops and the cops came. An ambulance came too. The cops asked us a few questions, they cut the kid down and then they took him away underneath a white sheet in the ambulance that pulled away from the lake silent and slow.

We stood with our hands at our sides watching until the ambulance turned out of sight and then we picked up our hard hats and pushed gloves back on our hands. Walked back towards the yard to continue our work because it was the only thing left to do. Someone made a joke that wasn’t funny but we all laughed. The laughter sounded hollow and fragile to my ears but it was the only sound that would have been acceptable to make in front of others.

I went back to my job and I played out the motions of activity, relying on muscle memory mostly. Every time I stopped to light a cigarette or to try and count the loads to send out, I saw the kid’s face flash like a childhood memory through my skull. His image was tattooed behind my eyelids with the flickers of veins you see when you close your eyes against the afternoon sun and it was coating the flesh of my hands like a fine dust. It was printed in the concrete underneath my boots and I saw it growing on the vines that snaked up the warehouse. Every time I felt something like tears convulse, shudder from somewhere within my guts, I quickly walked over to one of the other guys and shot the shit, talking about the weather or last nights ballgame. My eyes skim reading their features and the lines that mapped their faces and then jumping away to the side and then down to the gritty ground. Waiting for the shakes to ease off and settle down.

That evening I hung around out back of the warehouse pretending to be busy counting the loads of deliveries for the following day. Waiting for the last crew member to leave before I clocked myself out in silence. Then I drove down to the main gate and locked up.

I shuffled down the lane, towards the lake again and stood underneath the tree where the boy’s life had ended. Then I just loitered there on the dead, brown leaves gaping up at the branches. It was as though nothing had happened. Nothing at all. The tree looked like just another tree. The birds still sang. Insects still flew. The breeze still moved through the place. How could something so fucking ugly happen somewhere so beautiful and not change a single fucking thing?

A little later, a man strolled past me with a dog on a lead and said it was a nice evening then faded away around the far side of the lake until I couldn’t see the dog or the man any longer. I’d wanted to tell the man that a kid had hung himself from the tree there only hours before, but I didn’t. I sat by the lake and watched an amber colored sun die on the water.

After a while, I jogged back up to the yard, got into my car and drove home.

When I opened the front door to my house I could smell dinner. Chicken and mashed potatoes, maybe. The soft atmosphere of the hallway made the built up tears jump from my eyes. I let my workbag fall from my grip, went upstairs to the bathroom and splashed cool water over my face. When I felt ready, I went downstairs and into the kitchen. I kissed Marie, my wife, quickly and made a coffee slowly, concentrating on the mug, the darkness of the coffee and the sugar on the spoon. Marie was stirring something in a pot on the stove.

I told Marie what had happened. I stared at the whiteness of the refrigerator and rearranged the magnets on its door as I told her.

Marie made sad, understanding noises. She continued stirring the pot. When I was finished getting all of the words out of my mouth, she said it was an awful, terrible, sad thing and then she talked breathlessly about the lines at the supermarket checkout, a squeaky wheel on the shopping trolley and the price of the chicken. It had gone up by nearly fifty cents, she said. I gulped at my coffee and watched her mouth and the shapes her lips made as she spoke. I wanted to ask her to put her hand to my face. But I couldn’t.

Marie continued stirring the pot and I continued drinking my coffee. Minutes passed and then nothing was said.

I went into the other room and sat down at the dining table to read the newspaper, checking the television listings for that nights programs and scribbling circles around the things I wanted to pretend to watch.

Stephen J. Golds was born in London, U.K, but has lived in Japan for most of his adult life. He enjoys spending time with his daughters, reading books, traveling, boxing and listening to old Soul LPs. Glamour Girl Gone his debut novel will be released by Close to The Bone Press January 29th, 2021.

ANOTHER STORY BY STEPHEN J. GOLDS 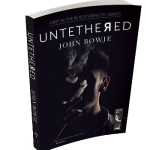