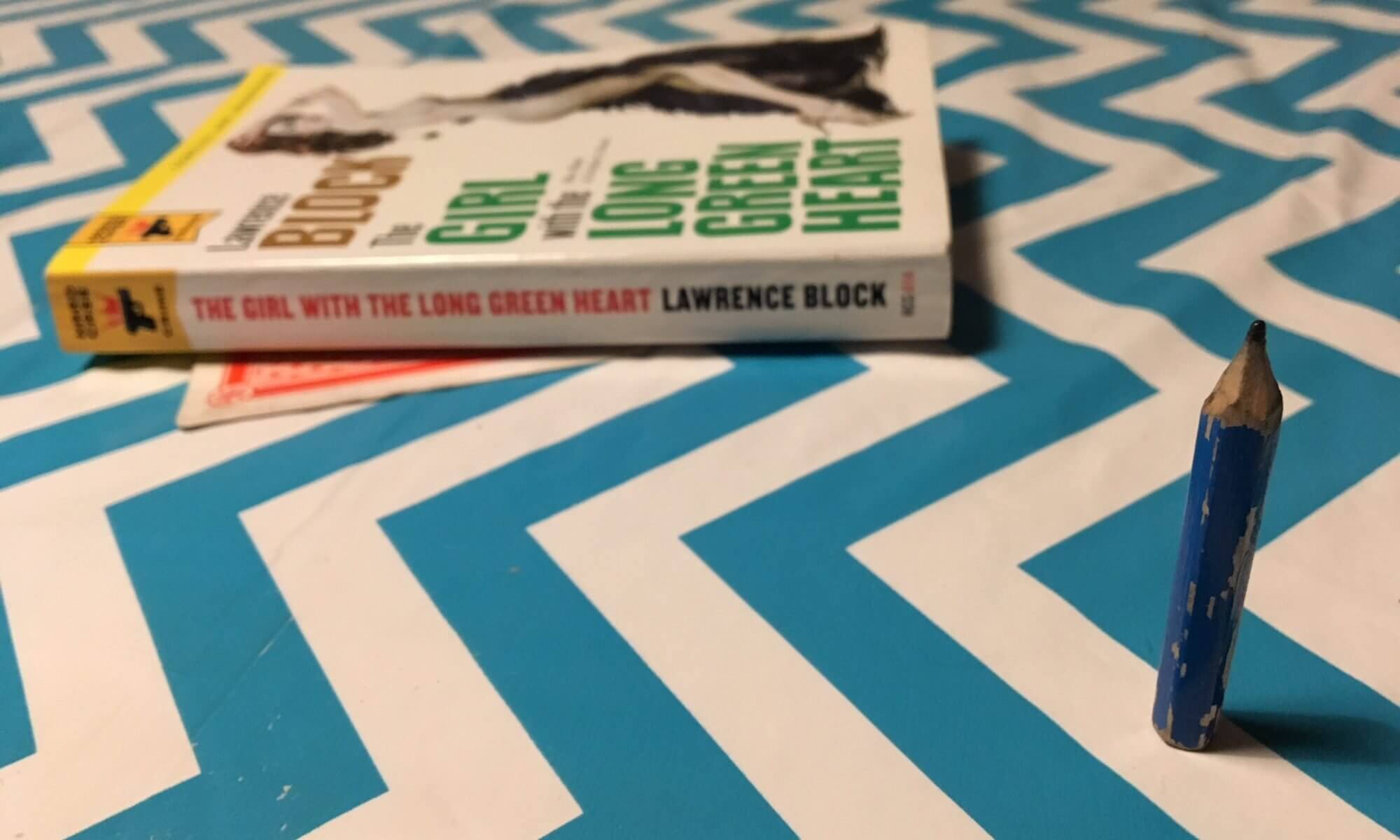 I devoured this Hard Case Crime gem whilst traveling between cities for my day job; Gonzo-style, I sat in service stations, greasy spoons, cafes, street-lit car parks as the real life characters filled my settings – these added to the pictures the book painted so well in my head:

Lawrence Block throws you straight in with easily absorbed dialogue…pushing rather than pulling you along with the grift – like their target – I was incapable of avoiding the sting…the story and its destination; loving it every step of the way…

Sharp dialogue is matched with a savvy, acute analysis; weighing up an ever evolving prognosis of the situations and the psychologies driving the characters. All this is expressed clearly by the protagonist and written in a way that makes you feel as sharp as him as you read on and join in – as they figure the target with you; pulling at the necessary strings in and out of the book.

There’s a seamless timeline jump early on; setting up the background to the story and characters. Another later on, fills in the protagonist’s past; teeing it all up perfectly for the unfolding set-pieces and then the finale.

The cons feel real; easy to empathise with. And the girl feels a classic and comfortingly familiar essential ingredient from the get-go…for the genre and this story.

I was so gripped, I was 100 pages in before i stopped for breath and realised I was more than a third through – already, I wished there was more to go than there was left. A sign of a great book and a premature appreciation maybe… but I really didn’t want it to end, and savored it.

It’s bitter sweet: discovering a book along like this…so good; your coffee is left to go cold and beer flat…it’s THAT GOOD. If you like hard-boiled, noir and crime thrillers: read it. If you’ve read it already: give it another go and remind yourself of the noir-magic.

If you don’t own The Girl With The Green Heart’ it’s here: on Amazon.

IF YOU YOU LIKE THIS, THERE’S A GOOD CHANCE YOU’LL LIKE THE FOLLOWING TITLES TOO; CURRENTLY KEEPING IT COMPANY ON OUR SHELVES:

FIFTY TO ONE by Charles Ardai

A TOUCH OF DEATH by Charles Williams