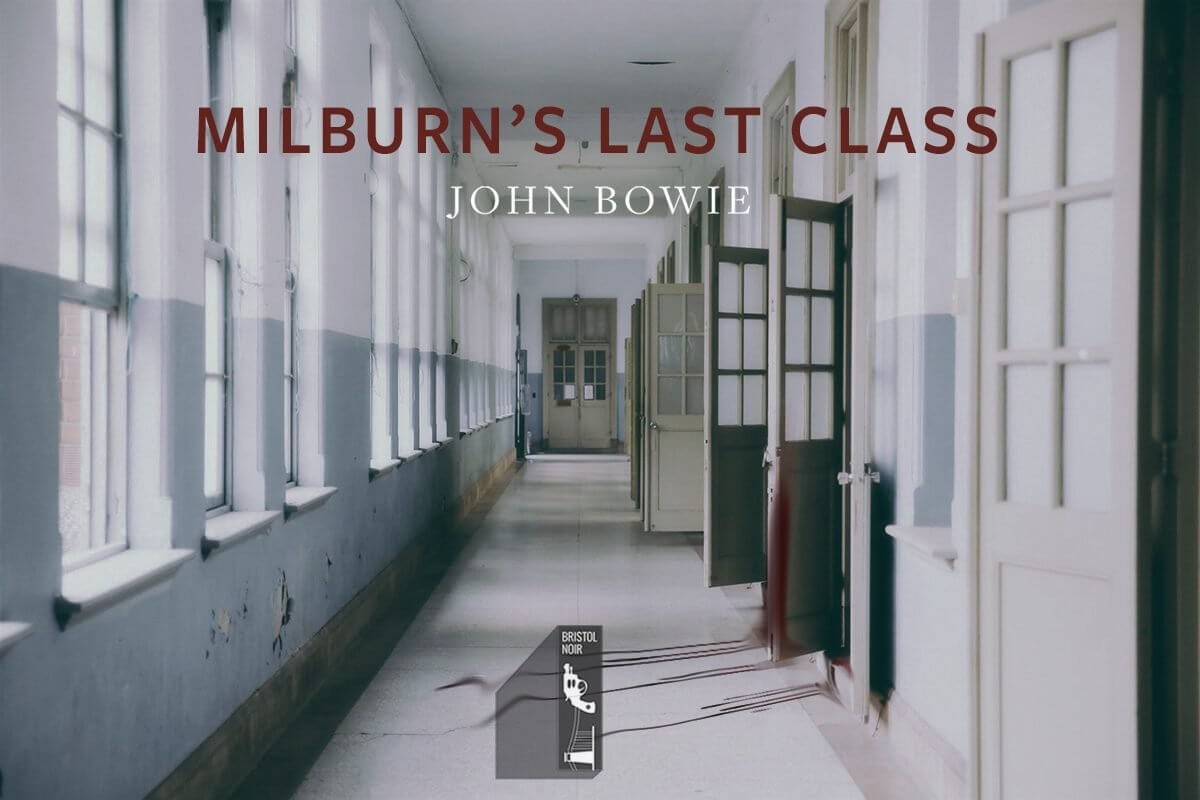 Ms Milburn’s classes left me disheartened, humiliated and without words…spoken anyway. One day I snapped and took the lead. I wasn’t alone – most of us kids felt the same.

She ruled us with an iron fist. Other teachers joked she could get an inch below the knuckle with a cane. Most didn’t test her; I did though. I would flick the school tadpoles against the side of their tank until they split open; hanging there by their guts. Sometimes they flew out the tank and hung by their innards from her classroom wall too.

‘Fat-Cassie’ was first to ask Ms Milburn if I’d read my story out – then ‘Dumper’ urged her too. We called him ‘Dumper’ because he farted and lost one-time in morning assembly during the ‘Lord’s Prayer’. We laughed – he did too – then cried as it ran down his leg.

Milburn kept at me with things I didn’t know the answer to; over and over until I was red with rage. They all thought it was embarrassment…then, the story came to me. I knew I had to read it out for everyone and shut her up.

‘Speak up!’ she barked as I quivered my first line – before I found my flow and got to the glory of it all.

‘He was disconnected, isolated, sick of school and his pretend friends,’ my story went on. ‘Jack no longer felt part of anything…like a cog in a wheel going nowhere.’

‘Is this actually going anywhere…?’ she impatiently sneered and then winked at the class – who stared coldly back. They knew where I was taking her and were scared what her reaction would be.

‘Jack knew where his teacher lived. The next time she put him on the spot and humiliated him, he’d go there – put her on the spot,’ I said quietly, almost a whisper, ‘Jack would get an Uzi…no…wait, not an Uzi – where the fuck would I get an Uzi?!’

And she froze in the space my words had created at the front of the class.

‘A knife instead,’ I said, winking at her this time, ‘…a shiny razor-sharp Bowie knife.’

By the last line, she was looking past the walls; out into the distance. Her hands shaking on the desk as she tried to grasp onto her wilting domain.

‘I’m not sure on some of the words you’ve used though.’

‘Why?’ I quivered through gritted teeth, enraged.

‘A psychopath…is without empathy. A sociopath knows it’s wrong and hurtful but does it anyway…’

‘I DID mean psychopath,’ I said, touching the blade behind my final page.

I’ve space and time to write my stories now;

without judgement, without empathy,

in a barred-up class of my own.