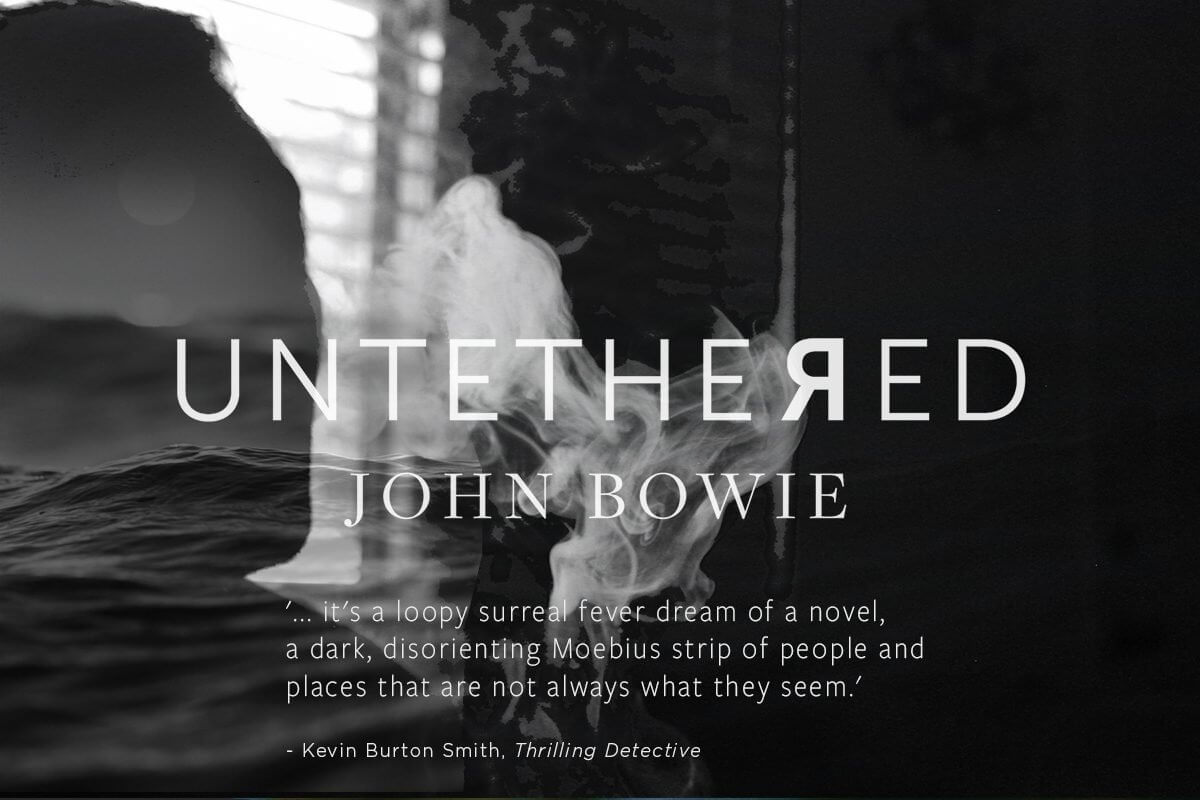 EXTRACT BELOW, READ IN FULL ON THRILLING DETECTIVE SITE [HERE]

John Barrie (not his real name) – created by John Bowie.

A former British soldier who spent time in Northen Ireland in Special Forces, twenty-seven year old JOHN BARRIE (not his real name, he assures us) is now under Witness Protection in Untethered (2017). But a dead-ass, low-profile job is not what he wants. No matter how much he drinks or how many drugs he takes or how much court-ordered therapy he undergoes.

‘It’s a loopy surreal fever dream of a novel, a dark, disorienting Moebius strip of people and places that are not always what they seem.’ – Kevin Burton Smith

It’s fitting, perhaps, in a novel so brimming with misdirection and enigma-wrapped riddles that a barfly novelist John meets who’s working on “his first book dabbling with noir” is named Paul Benjamin — the same pseudonym used by Paul Auster (the meta-master behind the acclaimed New York Trilogy) for his first novel, Squeeze Play (1982).

‘… the sheer noir-dance of it all.’ – Untethered