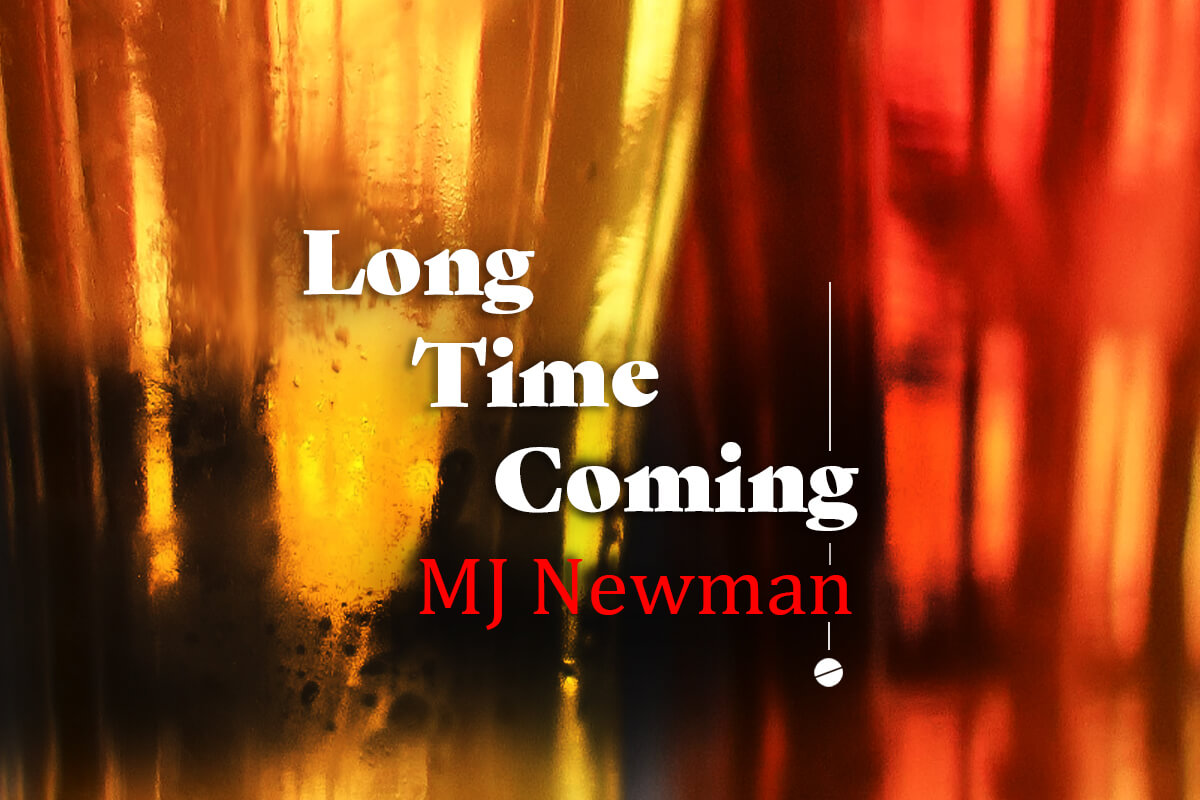 I’d agreed to go out on the pretext of having just the one. Well, what can I say? No excuses, no point in bullshitting. I hadn’t seen Kyle in the best part of eight months; he’d been working overseas. So he phones me up, throws down the gauntlet. He knows I don’t go out midweek. But he’s only in town for one night. No pressure. Reluctantly, I agree. I should’ve known better.

We met up at the Royal Oak, one beer soon led to another. Three beers later, I was beginning to relax and unwind. I hadn’t been out in almost seven months, so after the first pint my tongue had loosened, and regrettably, I’d ended up telling Kyle about my split from Lucy. Kyle’s a natural piss-taker. He just can’t help himself. So him doing the concerned best mate act lasted for maybe three minutes at most. I’d seen his eyes glaze over but credit to him, he’d stuck with it as best he could, and he even managed to nod his head in the right places a few times. But true to form, as soon as any females entered the bar his attention waned, he was locked on target. Some things never change.

I was just about to order another round when he announced he was heading off to the Gents. I waited until he was out of sight, then I dropped the white tablet into his remaining half-pint, furtively glancing around, checking for onlookers. All the punters were engrossed in their own lives, far too preoccupied to concern themselves with me. I picked up his glass, swilling the contents in a clockwise fashion to dissolve the pill.

Payback, it had been a long time coming but finally, I had the bastard. The last time we’d been out, Kyle had spiked my drink. I was so off my tits, I couldn’t bring my eyeballs down from the top of my head. I’d spent the entire evening slobbering into my beer like a gibbering wreck, much to Kyle’s amusement. The bastard even filmed it on his phone, and then put it up on YouTube. On the plus side, his directorial debut received over ten thousand hits in one weekend, turning me into an overnight social media sensation. So I guess it was only right and fitting that I take the opportunity to repay the favour.

Kyle returned from the Gents, phone in hand. He had a look of concern on his face. He said he just had an important text message, something had come up, and he needed to nip out for half an hour, something that just couldn’t wait. He picked up his remaining half-pint and downed it. I looked on, trying to keep the smile from my face. Truth be known, I was peeved that he’d decided to leave midway through the evening. Then again, Kyle had always been one for the ladies, and although he never actually spelt it out, I’d known him long enough to guess it was a woman he was rushing to meet. I presumed on the pretext of a clandestine shag. Kyle had a thing for married women; I think he liked the idea of having what was forbidden and off-limits. I told him years ago he was playing a dangerous game and that one day he’d come to regret it.

Now the thing I haven’t mentioned yet is the fact that I like a drink, and me being left to my own devices in a pub, with money in my pocket, when I’ve got the taste, well let’s just say that’s not a good idea. My problem is that I don’t know when to quit. I’d drink the pub dry given the chance. Don’t get me wrong, I’m not an alcoholic, I can take it or leave it, but when the mood takes me and I have my drinking head on I can go all night. Inevitably, that leads to other problems. Mainly, I don’t remember much the next day. In fact, it’s why Lucy left, she couldn’t deal with it any longer, and who could blame her? I guess I’d smashed the house up one too many times, or it could be the fact that I had a habit of taking a piss in her wardrobe every time I’d sunk a gallon or more of ale.

I nursed my pint for a moment or two, brooding over the fact that I’d been abandoned. I had a choice, stay and get pissed, or leave and witness Kyle make a total ass of himself with some mystery woman. My mind was made up. I drained the last dregs of beer and headed for the door. I practically ran out of there, committing myself to the act before common sense had a chance to kick in and stop me in my tracks.

I exited the Royal Oak by the side door, the same route Kyle had taken a moment or two before. I found myself on Moor Street, looking left and right, I couldn’t see any sign of him, so I hastened towards the High Street. It didn’t take long to spot Kyle; he was over the other side of the road taking a leak in a florist’s doorway, an unwelcome present for them at opening time, one I’m sure they could do without. He looked a little worse for wear, the effects of the drink and the pill working quicker than I’d imagined.

I watched as he stumbled along the pavement trying to navigate his way around lampposts and bin bags, passers-by eager to give him a wide berth. He had his phone pressed to his ear. Even from the opposite side of the road, I could hear him slurring his words.

I decided to follow, careful to keep my distance. A quarter of a mile down the road, he entered the ground floor of the multi-storey car park on Hobson Road. That in itself intrigued me. Hobson Road was the one place to avoid after dark, aka muggers alley. The council had given up on repairing the CCTV cameras due to the constant vandalism. It was no longer economically viable to keep replacing them, and the police never went near the place. Effectively, it was a no go area, given over to the pimps, pushers and working girls and one or two boys, to ply their trade.

I hung back, watching him cut across the wasteland that separated the multi-storey from the main road. He disappeared into the low-lit ground floor parking area. I needed to get closer to get a better view. I crossed the road and jogged through the scrubland, ignoring the various invitations to purchase sex and narcotics of all descriptions.

Two or three minutes passed. I watched as figures emerged from the shadows, approached Kyle, and then moved away. So he wasn’t looking to pay for sex and anyone could see he was too far-gone to purchase any consumables.

I was getting cold and bored, the option of returning to the Oak for another pint was enticing, I turned to go. A white 4×4 Range Rover Evoque came in to view. My heart lurched; I recognised it instantly, Lucy’s company car. I watched as Kyle stumbled into the front passenger seat. The bastard, he’d been doing my fiancée behind my back. My blood was up, I clenched my fists and set out from the shadows to challenge them both.

I stopped dead in my tracks, watching Lucy race round from the opposite side of the car and wrench open the passenger door. Kyle was slumped forward. She was screaming for someone to help but no one came. She was grabbing at his face, shouting his name but he was unresponsive. I stood and watched as she dragged him from the seat. He fell heavily on to the concrete. His crumpled body lay still. Lucy was bending down, trying to roll him out flat. I remained in the shadows, content to let the scene play out. I could see tears streaming down Lucy’s face in between her CPR attempts. Still, no one came to her assistance.

Three minutes later, the ambulance arrived with a police escort, I watched from the shadows as paramedics tried in vain to perform CPR. I knew then that he was gone. I watched with morbid fascination as his body was covered and loaded on to the ambulance and as Lucy was handcuffed and led away.

When all the excitement dissipated, I made my way home and waited for the knock at the door.

The coroner recorded a verdict of death by misadventure. The toxicology report had shown Kyle to have large quantities of MDMA in his system, but death was a direct result of the bleed on the brain caused by the fractured skull when his head impacted the concrete floor of the car park. I guess that’s just something she’ll have to learn to live with.

MJ Newman is a UK based Crime/Thriller writer. He lives in the Midlands and enjoys taking his dogs for long walks, allowing his mind to wander to the dark side, dreaming up gritty crime thrillers for readers to enjoy.

He uses his own and others experiences to help craft his stories. Having previously worked as a police photographer and a prison tutor he has a tome of stories just waiting to put out there.

His stories are a successful mixture, combining fact and fiction, allowing Newman to delve into the world of both the investigator and the perpetrator.