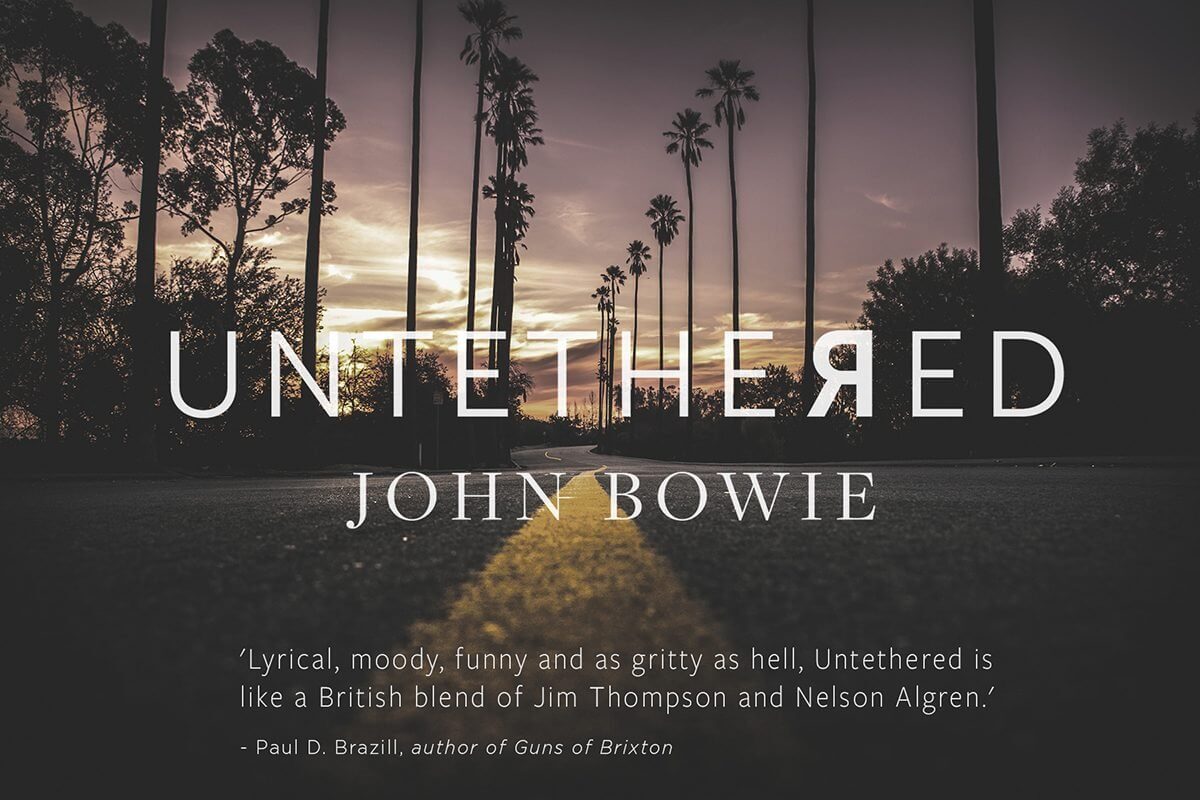 I’m a fan of Brit-Noir supremo and aficionado Paul D. Brazill, and so was a little on edge when I heard he was reading ‘UNTETHERED‘. His own works include the superbly gritty ‘Guns of Brixton’, ‘Kill Me Quick’, ‘Too Many Crooks’ and a load [more].

I’m also looking forward to his new release ‘Last Year’s Man’ out later this month – another music homage in title by Brazill, this time to Leonard Cohen:

‘A troubled, ageing hit man leaves London and returns to his hometown in the north east of England hoping for peace. But the ghosts of his past return to haunt him.’

His words on UNTETHERED by John Bowie:

John, the protagonist of Untethered, is a man with a dark and secret past who is living a new life under witness protection.  As he sits alone in his flat, drinking and writing in his journal, John becomes embroiled in the search for a missing neighbour.

Lyrical, moody, funny and as gritty as hell, Untethered is like a British blend of Jim Thompson and Nelson Algren.

[AND SEE HIS CATALOGUE HERE]