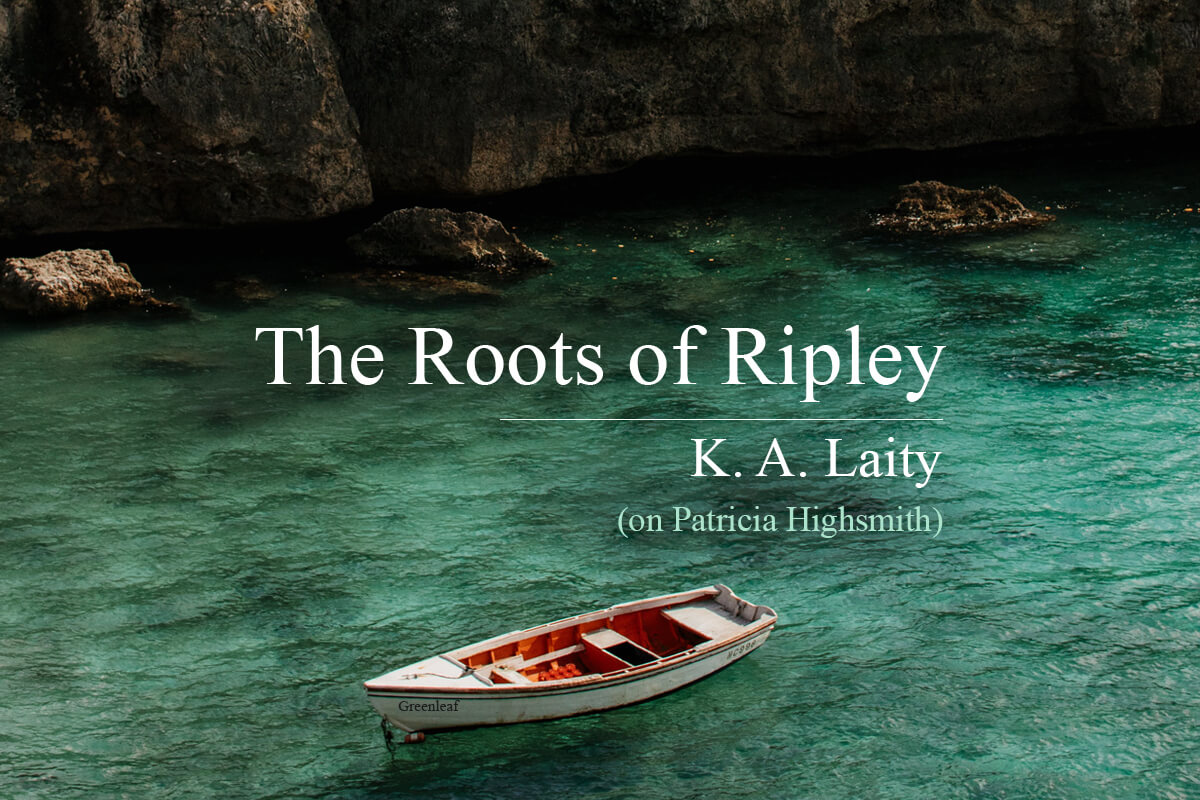 In her college days at Barnard, Patricia Highsmith was steeped in Marx, Freud, and her budding writing career. She quickly became disenchanted with the first of these and later claimed to mistrust the second, but many of the dark roots of the writing we know so well first appeared in the pages of Barnard Quarterly just before the second World War.

The short stories all exhibit her growing skill for creating uncanny tension, finding the shadows lurking at the edge of your vision. In his 2003 biography of Highsmith, Beautiful Shadow, Andrew Wilson mentions the story ‘Eel in the Bathtub’ whose main character piqued my interest. Nicholas Carr ‘is obsessed with the objects that surround him – his watch, his clothes, his Abercrombie Fitch horsehide picnic kit – and turns down a weekend trip with friends, and a date with a prospective girlfriend, so he can be alone’ (71).

This is reflective of Highsmith own tendencies: despite her voracious pursuit of lovers, she generally seemed to be more comfortable on her own. And although briefly a Communist she soon came to believe ‘that [wealth] actually helped one appreciate aesthetics’ (70). It’s even more reflective of her most famous character Tom Ripley, if in an embryonic form. While I appreciate the aesthetics of Anthony Minghella’s film, which simply decided that Tom was gay, I’ve always thought he was much more complicated than that in Highsmith’s imagination.

In the novel The Talented Mr Ripley, Tom’s most ecstatic moment comes not when he is with Dickie Greenleaf, or even when he has killed him, but on the train as he caresses the luxurious sheets in his first class compartment and thinks ‘of all the pleasures that lay before him now with Dickie’s money, other beds, tables, seas, ships, suitcases, shirts, years of freedom, years of pleasure’ (108). Highsmith specifically describes this moment as ‘ecstatic’ and he sleeps deeply, ‘happy, content, and utterly, utterly confident, as he had never been before in his life’: his thoughts are not of Dickie or even being Dickie but being alone with all the things he had ever desired.

Published in Barnard Quarterly in the autumn of 1940, ‘Eel in the Bathtub’ shares this solitary ecstasy for things. At the start, Nicholas Carr awakes in fear like Ripley with his guilty conscience. This time it’s only hypochondria (something Highsmith shared): he had fallen asleep on the sofa, his pocket watch pressing uncomfortably on his side. He napped carefully positioned, with the aim of not disturbing the ‘perfect crease’ in his ‘pin striped flannel trousers’ (27). Preparing for the ‘trying evening’ ahead, he goes through his neat selection of shirts, matching ties and silk socks, eventually deciding that the evening – or the girl – was not worthy of a fresh pair of socks.

He thumbs through Esquire, the sine qua non of male fashion in the ‘30s and ‘40s. Carr even has jokes from the magazine and ‘a Petty girl on a chaise longue with a telephone’ framed on his wall (like the better remembered Vargas girls, they were popular pin-ups). Women were merely decoration for the perfect bachelor pad. It’s both charmingly naïve and slightly fanatical to get all your ideas of taste from a single magazine. The young dandy even has both a homburg hat and a walking stick.

As he goes off to his trying evening, he ruminates about the forthcoming solo weekend with his picnic kit, possibly his watercolours, ‘some good wine and a squab or two’ (28). Art is often adjacent to Highsmith’s characters: her mother and stepfather were graphic designers and she was a good artist in her own right as her Zeichnungen attest. The food is a luxury item that Highsmith herself did not appreciate, though Ripley’s novels are full of the finest delicacies.

When he arrives, Carr is urged to go right in to the living room of his friend’s flat. Yet he waits in the foyer in case he might have to talk to ‘that girl’ and amuses himself by looking in the mirror and smirking at his ‘superior’ self, even acting a part by raising his eyebrows ‘devilishly’ at his own reflection. Once in the room he wonders if his friends have already praised him to this Edith and imagines her trying to come on to him and ‘Make another story for his collection’. Women are useful only as collectibles.

He savours the flavours in the food but not the perfectly presentable young woman. Carr dislikes perfume, even the faint amount she wears. And nail polish – another anathema according to Esquire. ‘How callow and indiscriminating he’d been before!’ Clearly at this point Highsmith wants us to know she’s making fun of Carr. He’s so over the top. But there’s also much of Ripley’s awkwardness; we can imagine him passing through this phase, then gradually becoming self-aware enough to wonder if Esquire had steered him right, and broadening his reading.

Carr is unfazed by any attempt to draw him into conversation or even politeness, though ‘he elected to listen’ (30) when his hosts played the piano. Like Ripley, he has a collection of classical records. Like Lady Catherine de Bourgh he claims, ‘I might have been good [at playing piano] if I’d studied.’ He raises his eyebrows to pretend lechery, but as Edith missed this act, he repeats it again after he catches her eye without much success.

He deflects their invitation for a weekend invent including Edith, claiming he has another engagement he can’t possibly break. ‘It’ll probably be dead as a mausoleum out there,’ he says, pretending regret, but we know that’s the way he likes it (31). Almost grudgingly he walks Edith to the subway, but she’s going uptown and he is going down. As Carr struggles to get his suede glove off Edith puts her nickel in the turnstile and says good-bye.

Carr is already thinking of a bath, a paper and a glass of milk before bed. Like Ripley those sheets seem to have the primary appeal: ‘bed was going to feel damned good’ he says, as if after a long day of labouring (32). The bother of other people has exhausted him, especially young women: ‘Girls run after a man in New York…’

There’s a lot of the embryonic Ripley here, from his ambivalence about women beyond their capacity as adornments, the lust for finer things, a love/hate relationship to art and its commerce, feelings of superiority masking fears of inferiority, and the feeling that after all, it was safest to be on your own luxuriating in all your nice things.

K. A. Laity is an award-winning author, scholar, critic and arcane artist. Her books include Love is a Grift, How to Be Dull, White Rabbit, Dream Book, A Cut-Throat Business, Lush Situation, Owl Stretching, Unquiet Dreams, Chastity Flame, and Pelzmantel. She has edited My Wandering Uterus, Respectable Horror, Weird Noir, Noir Carnival and Drag Noir, plus written many short stories, scholarly essays, songs, and more. Laity serves as History Witch for Witches & Pagans. Her work has been translated into Italian, Polish, Slovene, German and Portuguese. Follow her on Twitter, Instagram or Facebook.

She writes crime as Graham Wynd and historical fiction as Kit Marlowe.

For her music & performance visit Higora and Victoria Squid.